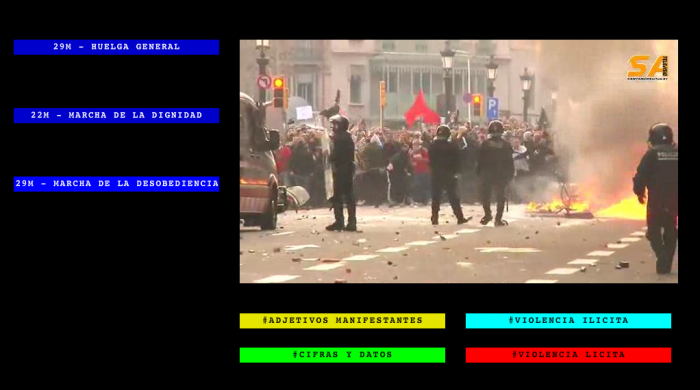 DES·INFO is born off the current Spanish state political context between 2012 and 2014.  The media is politicized and, out of the same social protest event, different interpretations are made up depending on their political ideology.  The starting discourse from which the television channels, both public and private, withdraw their information responds to the government’s economic interests, promoting from their privileged position an array of different versions of the same story that has as its purpose and consequence the discredit of social protest.

The tags allow another way of viewing the informative contents evidencing the dominant story.   In this way, they allow you to see the manipulation of data that they perform the diminishing adjectives that describe the demonstrators and the conception of the violence.